With a record tally of 50,740 runners waiting at the Verrazano Narrows Bridge starting line, the 2013 New York City Marathon was, from the very beginning, a race to remember. Here are five important lessons we learned from this year's event:

1. The running community is resilient.

After last year's NYC Marathon was cancelled due to the aftermath of Superstorm Sandy and the Boston Marathon bombings a few months ago, all eyes were on the tens of thousands of runners, spectators, race staff, and police that lined the streets of the Five Boroughs.

With unbridled passion, 50,000+ participants reminded us of the joy of distance running and the enthusiasm and camaraderie that makes the sport so unique. Likewise, with exacting professionalism, the New York Road Runners, the NYPD, and all staff proved to world how smoothly and safely such a massive event can be managed.

See for yourself with these pictures. 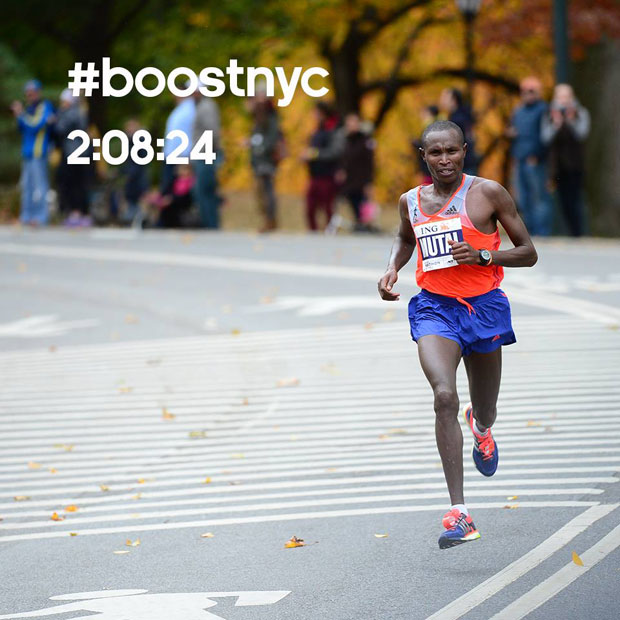 2. The adidas adios boost running shoes made a splash among the elites.

The adidas adios boost, a lightweight model, had already been pegged as a premiere choice for marathoners--especially those seeking to run a PR. A handful of the top finishers wore the adios boost, including defending champion Geoffrey Mutai, who recorded the world's fastest marathon (2:03:02) at the 2011 Boston Marathon. Yolana Caballero, who came in 19th place at this year's NYC marathon , wore the adidas adios boost for women.


3. Slow and steady wins the race.

This was a harsh lesson for the runner-up in the women's race. Despite the formidable headwind, Bronx local Bruzunesh Deba committed firmly to her goal of breaking 2 hours and 23 minutes. Her conviction was evident as she led the race for 23 miles, the bulk of which she was being drafted by 8th-place-finisher Tigist Tufa Demisse. Surprisingly, Kenya's Priscah Jeptoo, the odds-on favorite who won both the London Marathon and the Great North Run earlier this year, was more than three minutes behind her at the halfway point.

Prompted by a spectator on a bike who warned Jeptoo of the three minute gap, Jeptoo took off. By mile 17, she was behind by two minutes and 30 seconds. By mile 23 and change, the Jeptoo's and Deba's paths met. Fast forward to the finish line: Jeptoo wins by a 49-second margin over Deba.

In a 26.2 mile race, it's important to not exhaust oneself aerobically before reaching the 20-mile mark--especially while combating a headwind. Deba may have been boldly chasing the 2 hour, 23 minute barrier, but it came at the expense of tired legs and an upset stomach far from the finish line.


4. Marathoning can be a lucrative gig.

On top of her $100,000 in prize winnings for besting the field in the Big Apple, Priscah Jeptoo also collected a $500,000 check for winning the World Marathon Majors (WMM) title. The WMM was launched in 2006 to advance the sport of distance running and offers a half million dollars in prize money to each the top male marathoner and female marathoner.

The WMM awards points to elite athletes who perform well at the Boston, London, Berlin, Chicago, NYC, and Tokyo Marathons. The male and female performer with the most points at the end of the year receives the crown and a substantial pay day.

Tsegaye Kebede of Ethiopia may have been the happiest runner-up in race history, as his second-place finish confirmed him as the male World Marathon Majors victor.


5. This wasn't the best year for the American elites.

Already disenchanted by Ryan Hall's announcement a few weeks ago that he was withdrawing from the NYC Marathon, American distance running fans looked to Sunday's race to witness the next great American marathoner. No such luck.

The top U.S. finisher in the men's race was up-and-comer Ryan Vail, who placed 13th in a time of 2:13:23. 2004 Olympic Silver Medalist and 2009 NYC Marathon Champion Meb Keflezighi finished a disappointing 23rd place (2:23:47). Unsponsored underdog Jason Hartmann, who was the top American at this year's Boston Marathon, had to drop out of the race in the early stages.

Bottom line: Despite the increasing success of U.S. distance runners on the track, the crop of American marathoners are not nearly as deep and talented as their Kenyan and Ethiopian competitors.