Named after the French fighter pilot Roland Garros, the Roland-Garros stadium (built all the way back in 1928) houses the French Open--the premier clay court world tennis championship and the second of four annual Grand Slam tournaments, the other three being the Australian Open, Wimbledon and the US Open. It is the only one of these tournaments to be played on clay and is considered to be the toughest and most physically demanding tournament of all four!

"Red dirt is slower, which makes for a brand of tennis which is less direct and more tactical--It also brings out spin, and favors those with more light and shade in their game, be it topspin (the one and only Rafa), slice (Justine Henin) or drop shots (which certainly helped Roger Federer lift the Roland-Garros trophy in 2009)," says writer and sports journalist Guillaume Willecoq.

From Monday, May 22nd, to Sunday, June 11th, 2017, the French Open will continue to challenge players at their game, keeping the almost century-old tradition (at the Roland Garros stadium) alive.

But to make your game less challenging and equip you with the right stuff, we have the exclusive Roland Garros collection available in store and online. Click the shop button below or scroll to see what apparel is in for the open! 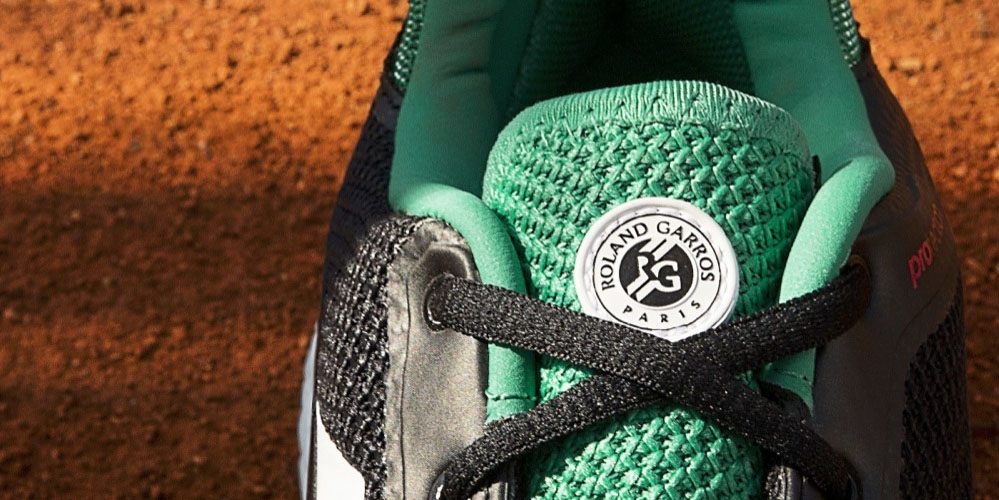 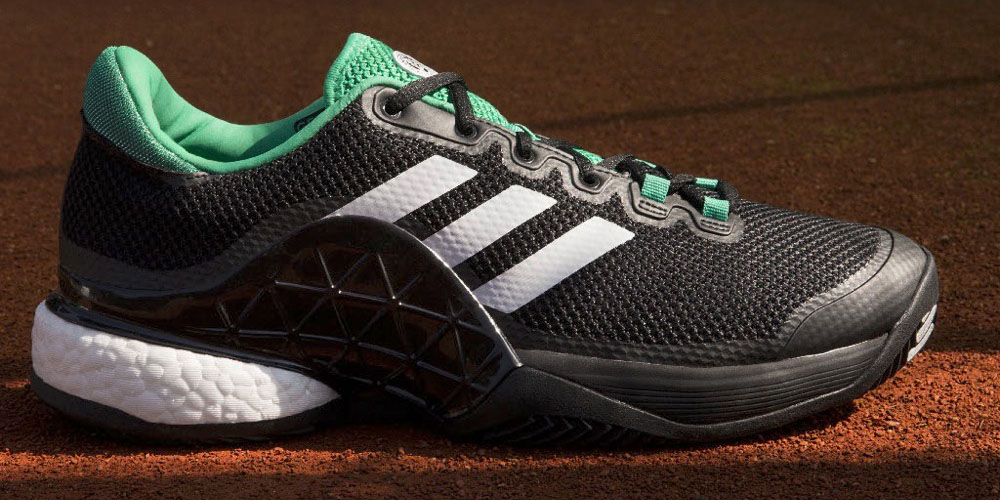 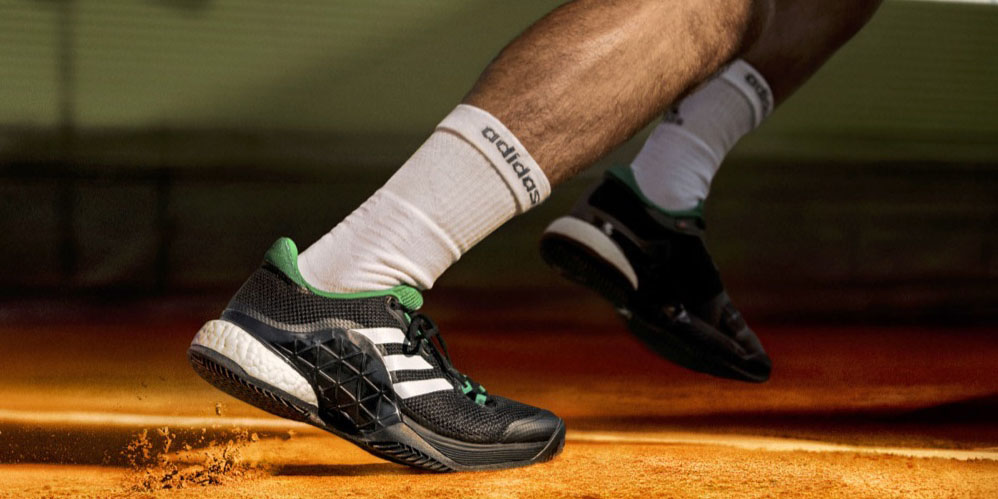 The new adidas Barricade 2017 Boost tennis shoes feature a seamless, knitted bootie style that provides a secure and adaptive fit as it wraps around the midfoot. A full-length ADIPRENE®+ gives a responsive feel and cushioning throughout, so you can enjoy an effortless feel and supreme performance. These beloved court shoes exude an ultra-trendy, performance style unlike any other. 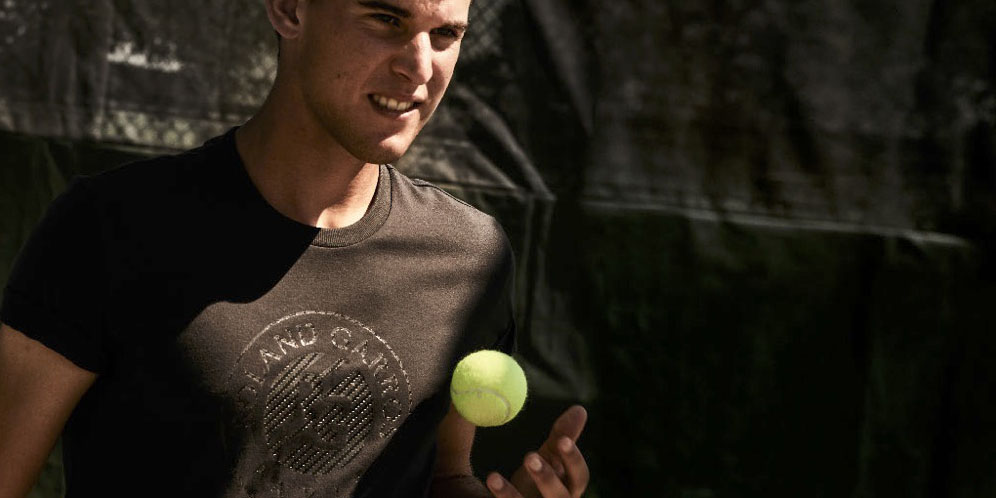 Dominic Thiem sports the adidas Roland Garros Graphic Tee--a perfect way to show his love of the game and the iconic tournament. Lightweight materials enhanced by Climalite® technology help keep him dry and comfortable during activity. 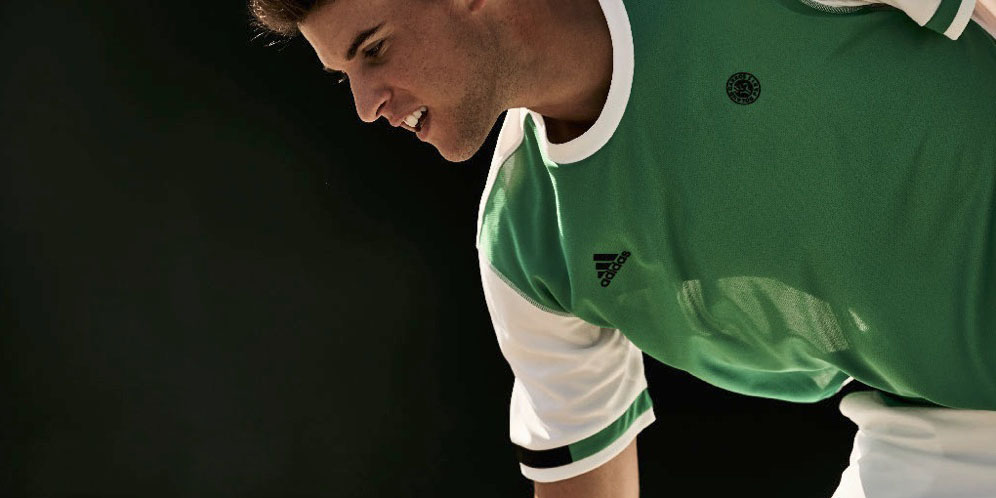 Those same materials of adidas Climacool® technology are present in the flowing tennis shirt seen here. Climacool® mesh promotes airflow and moisture management and color accents make for an attractive and highly functional top for warm days at the courts. 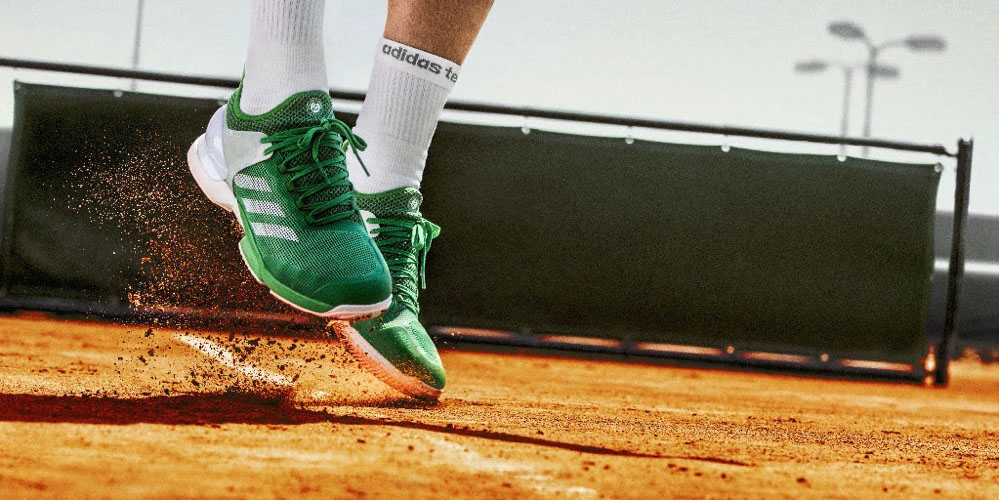 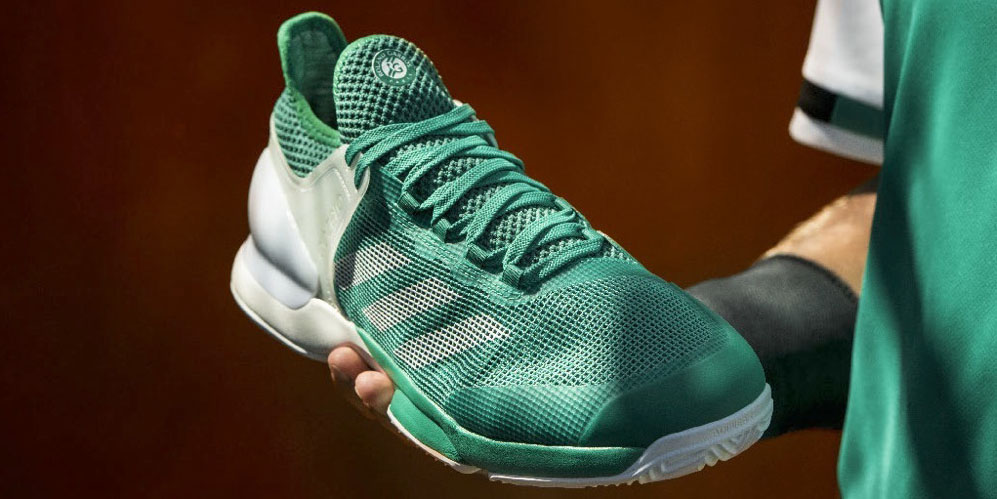 Tennis players will love the adidas adiZero Ubersonic 2 Clay tennis shoes enhanced with incredibly lightweight materials to make speed a priority on the court. Now, this shoe is even more responsive and has a Primeknit bootie for seamless comfort and fit. Bright colors and modern style make for an exciting new addition. This model features the Roland Garros logo on the top of the Primeknit bootie.

ADITUFF™ strategically placed TPU material in the toe area and medial side provides long-lasting durability for the extreme abrasion that occurs during tennis movements and the ADIWEAR™ 6 extremely durable outsole rubber provides secure grip in all direction for abrasive courts. 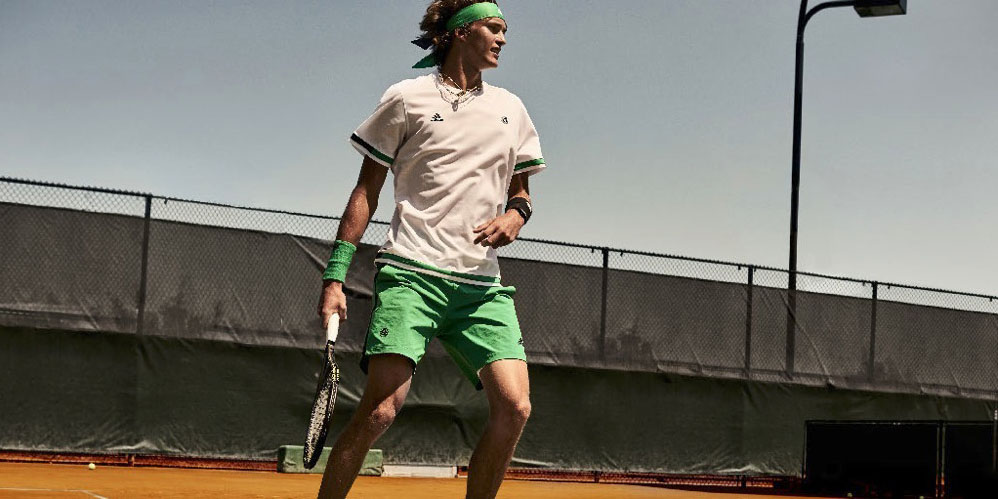 Now you have the shirt and the shoes, what about the in-between? Shorts!

These super lightweight and flexible adidas Roland Garros Shorts will be worn by Alexander Zverev during the 2017 French Open. They provide the ultimate playing experience for guys on the tennis courts. Enjoy easy movement and the convenience of built-in pockets. The exposed elastic waistband at the back provides a more comfortable fit and a modern look.

With anti-abrasion labeling and flat seams reduce irritation and chafing as well as SPF 50+ UV protection, these shorts are a must-have in 2017. 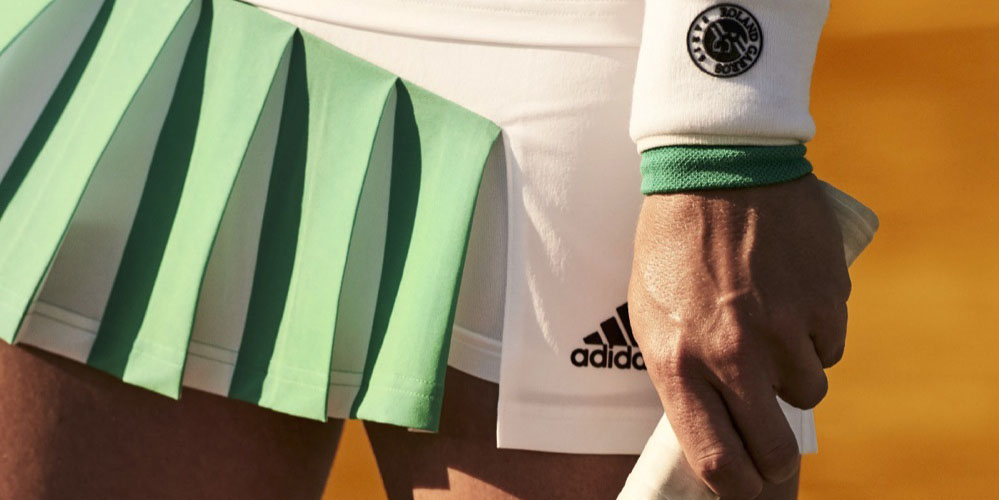 Ladies will love the sophisticated look and the performance feel of the adidas Roland Garros Skirt for 2017 (to be seen on court worn by Angelique Kerber and Simona Halep).

This light and flirty, slim-fit skirt features flexible climalite® fabric and a lovely pleated accent. The two-tone color style is eye-catching and trendy while the included shorts offer coverage and convenient tennis ball storage when needed. 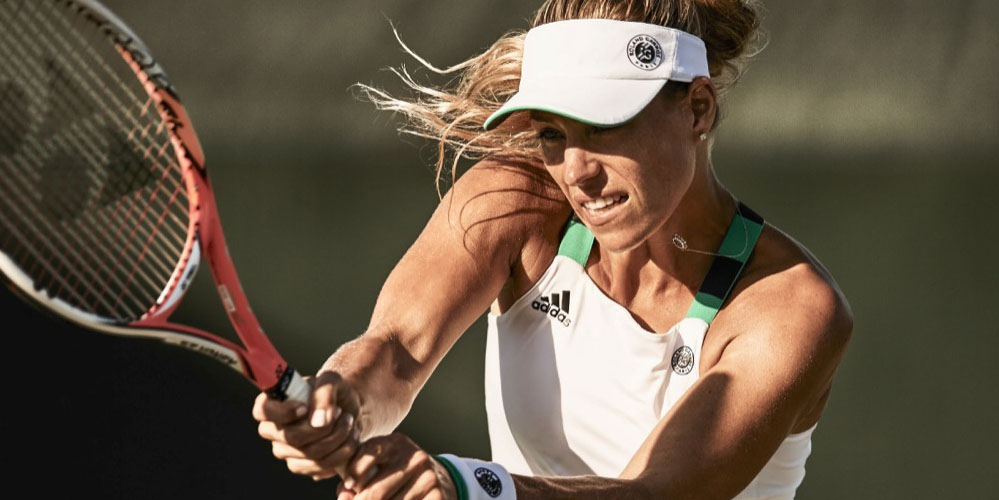 And if you need a top to go with, the adidas Roland Garros Tank for 2017 is ultra-stylish and features a soft and seamless, climacool® enhanced fabric. Catch this tank also on pro players Angelique Kerber and Simona Halep at the French Open tournament. 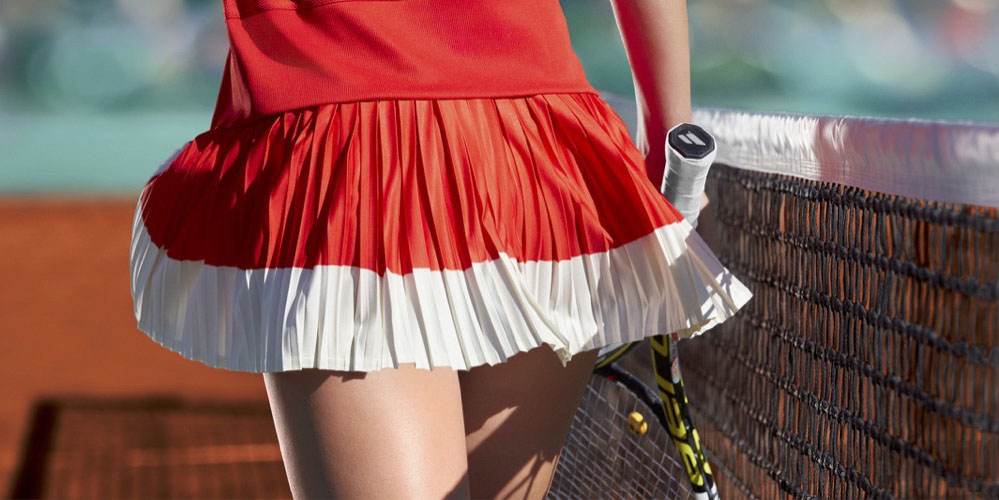 What's more? This garment is part of the adidas sustainable product program where products are made in more sustainable ways to make the world a better place; Every fiber counts: Recycled polyester saves resources and decreases emissions. 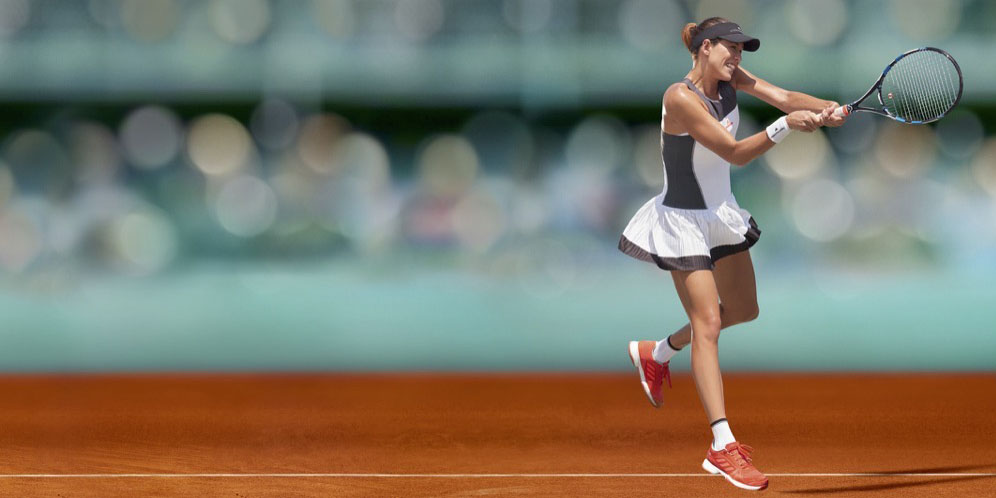 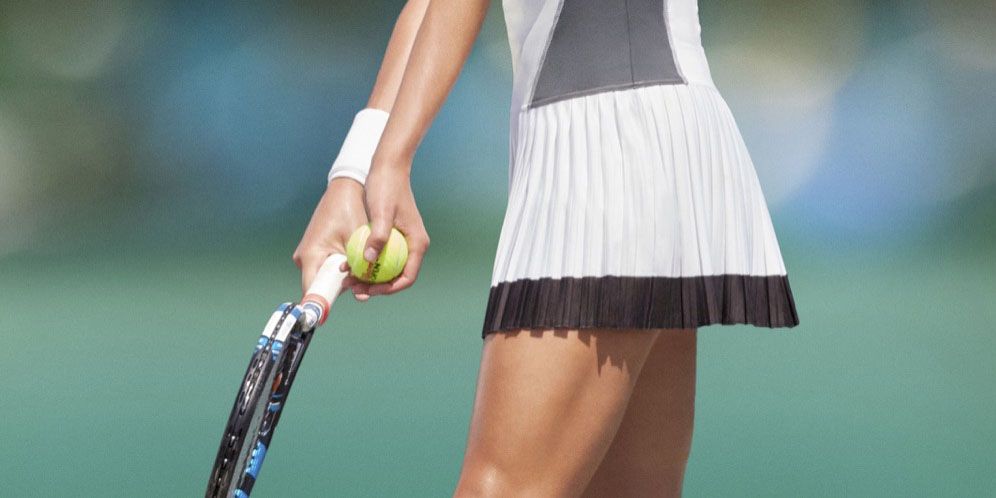 Also look out for the adidas Stella McCartney Barricade Dress for summer 2017. This dress features a performance-ready open racerback design, built-in bra for added support and coverage and an attached, pleated skirt made with climacool®-enhanced fabric. Matching shorts are included for extra coverage. As seen on pro player Garbiñe Muguruza.

This garment is also part of the adidas sustainable product program. 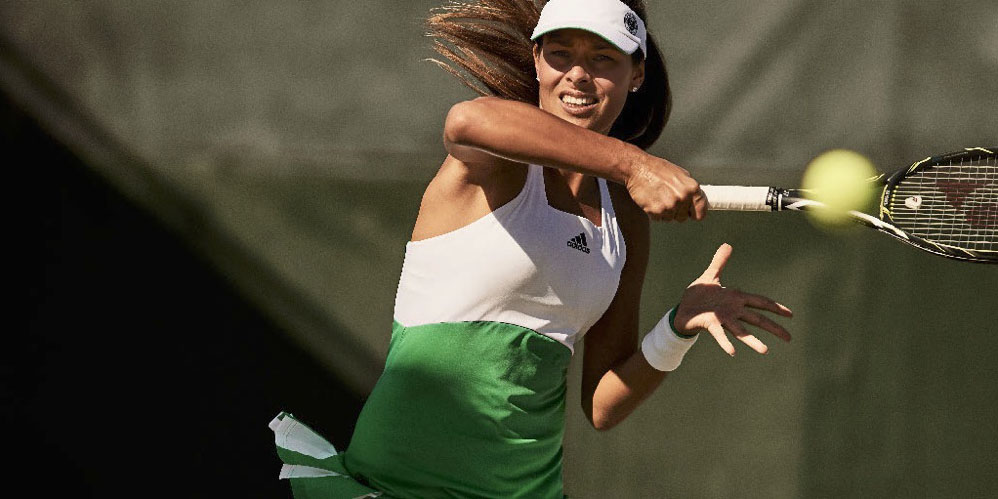 Kristina Mladenovic will be rocking this specific adidas Roland Garros On Court Dress in the 2017 French Open. The pleated bottom hem of this dress presents a fun and flirty flare to show off on the court. Includes a set of matching shorts for added support. 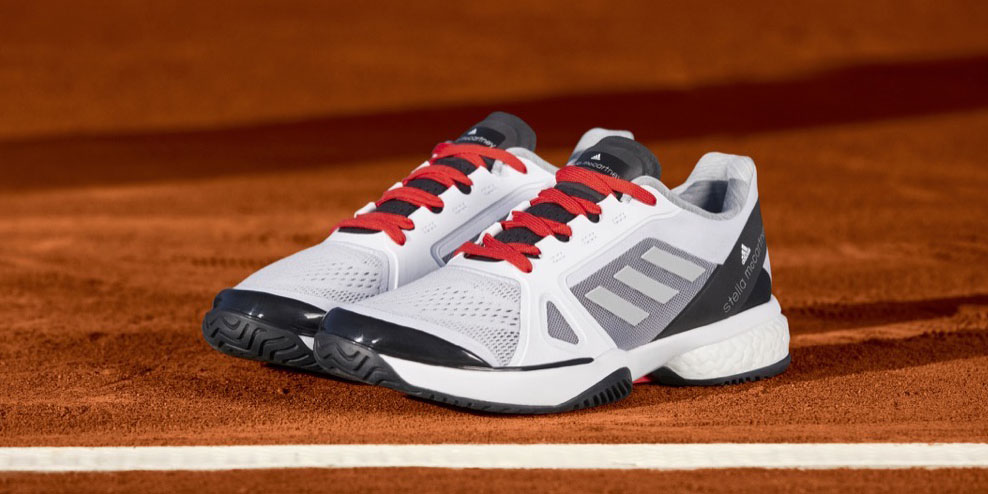 And for her feet? Enjoy an effortless feel and supreme performance from the new adidas Stella Barricade Boost tennis shoes. The seamless, bootie style provides a secure and adaptive fit as it wraps around the midfoot. The boost™ technology within the heel continues to give players optimal impact protection, allowing for safe and comfortable gameplay for hours. These court shoes exude an ultra-trendy, performance style unlike any other.