The world watched as Novak Djokovic once again dominated the Australian Open, this time using a brand new tennis racquet made from a brand new material -- Graphene.

Graphene is the newest "miracle material" and the strongest known material in the world, 200 times stronger than steel. It's only one atom thick, also making it the thinnest known material in the world. According to CNN.com, "a stack of three million sheets would rise to the grand height of one millimeter." Not to mention, it's extremely conductive material, is stretchable like rubber, and impregnable by liquid or gas. According to Gizmodo, "A layer of graphene could hold up a truck atop a pencil." 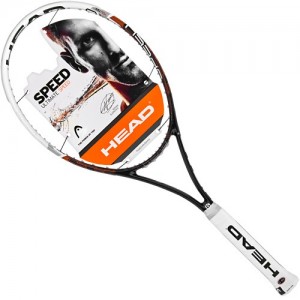 Someday Graphene may replace the silicon chip. However, Graphene is very sensitive to single molecules of certain gases. While scientists are working on correcting this for usage in computers and other industries, that "negative" quality may make Graphene a vital instrument in the fight against terrorists.

Graphene may be the reason we someday have bendable batteries, smart phones and more.

For right now, we have Graphene tennis racquets: super strong, super lightweight, and amazingly powerful. Just like Djokovic, Graphene promises to dominate many industries in the very near future.