Three pals, a missing shuttlecock, and a little improvised creativity are what sparked the creation of one of today’s fastest growing sports for folks of all ages and skill levels.

One Saturday afternoon in the summer of 1965, on Bainbridge Island, Washington, future former State Representative and Lieutenant Governor of Washington Joel Pritchard and his friends Bill Bell and Barney McCallum wanted to play a game of badminton. Unable to find the shuttlecock, they instead lowered the badminton net and hit a WIFFLE® ball back and forth with makeshift paddles made of plywood. This is said to have been the very first game of pickleball. 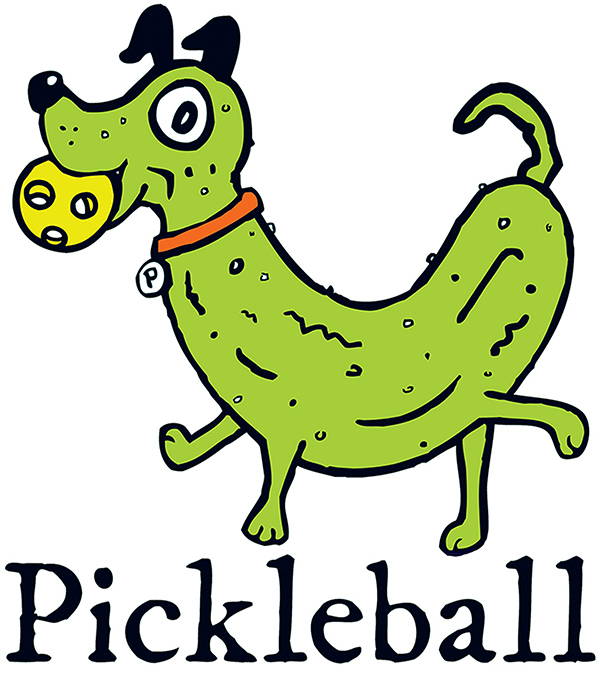 If you’ve ever heard of pickleball, you may have also heard that it was named after the Pritchard family dog, Pickles. However, Pickles was actually named after the game when he joined the family two years later! The sport truly got its name from Joel Pritchard’s wife, Joan, who said, “it reminded me of the Pickle Boat in crew where oarsmen were chosen from the leftovers of other boats.”

I personally still like to pretend the name came from a happy little dog serving as ball boy the day the game was born, but that sadly isn't true.

The USA Pickleball Association (USAPA) and the International Federation of Pickleball (IFP) were organized to perpetuate the growth and advancement of pickleball in 2005 and 2010 respectively. Now, in the year 2018, Pickleball is played by over 2,000,000 people in the United States, with new players of all ages and athletic prowess getting involved in the game all the time, all around the globe.

Instead of backyards and driveways, you’ll find people playing pickleball mostly on tennis courts and in basketball gymnasiums. Fiberglass paddles have replaced homemade wooden ones, and balls designed specifically for pickleball are now used in place of the classic WIFFLE® ball.

If you’re interested in taking up pickleball, there are a few things you’ll need to get started. If you are joining a league, chances are they will provide most of the necessary equipment like nets, balls, and extra paddles. 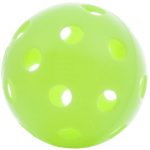 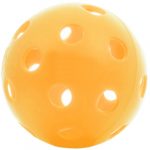 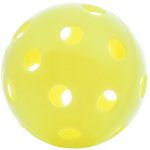 There are balls specifically designed for both outdoor (harder) and indoor play (softer). Both come in a variety of solid colors, the most common being green, orange, and yellow. They must be between 2.87 inches and 2.97 inches in diameter, between 0.78 ounces and 0.935 ounces in weight, and have no fewer than 26 and no more than 40 circular holes. 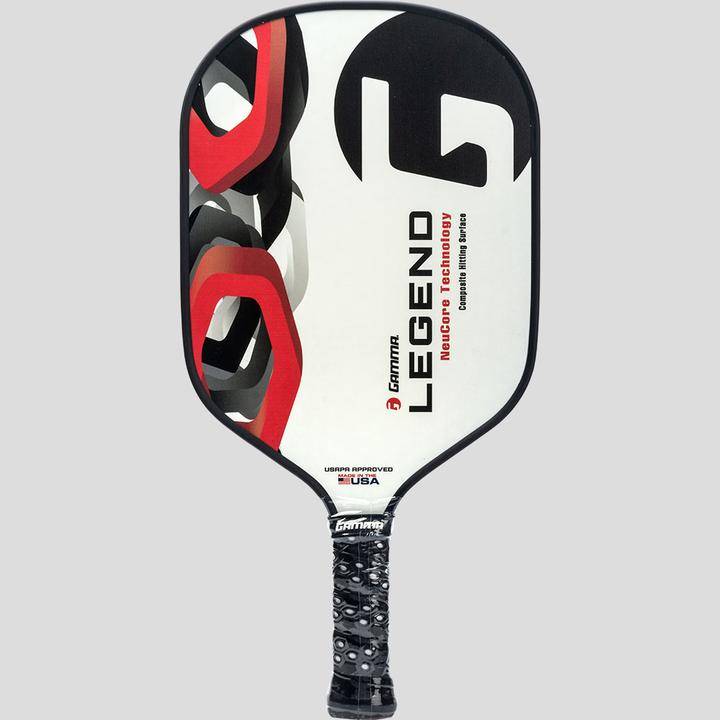 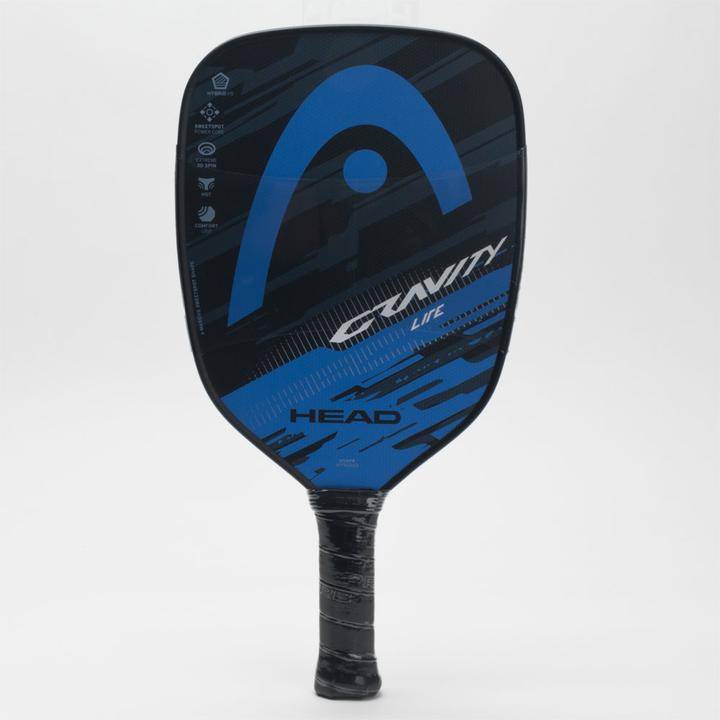 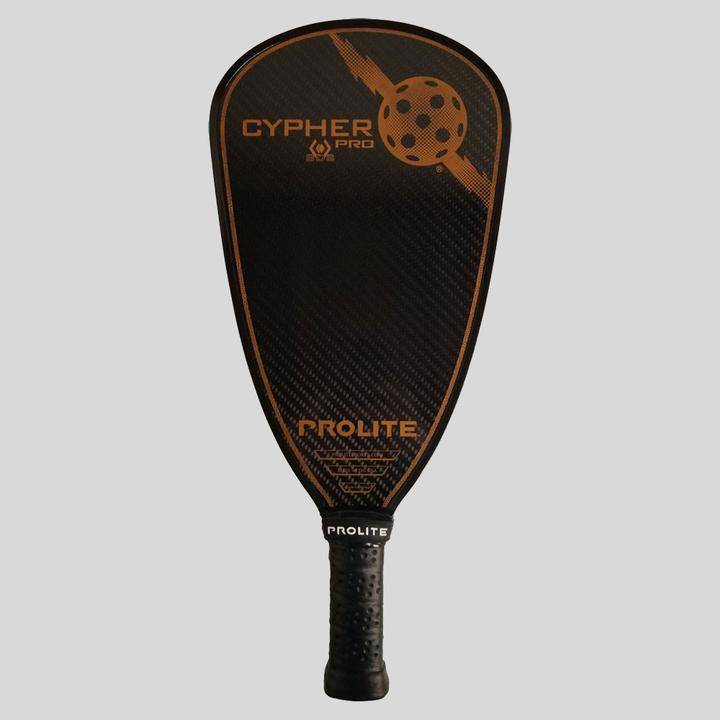 Paddles are made of rigid, non-compressible materials such as wood or fiberglass. The hitting surface is smooth and features no elements that allow extra spin to be put on the ball such as anti-skid paint or any paint textured with sand or rubber particles. The maximum length is 17 inches, and, combined with the width, may not exceed 24 inches. Therefore, a 17 inch paddle can be no wider than 7 inches. Thickness and weight are not restricted. To figure out what paddle best suits you, it is wise to play with a few different types before investing in one of your own. 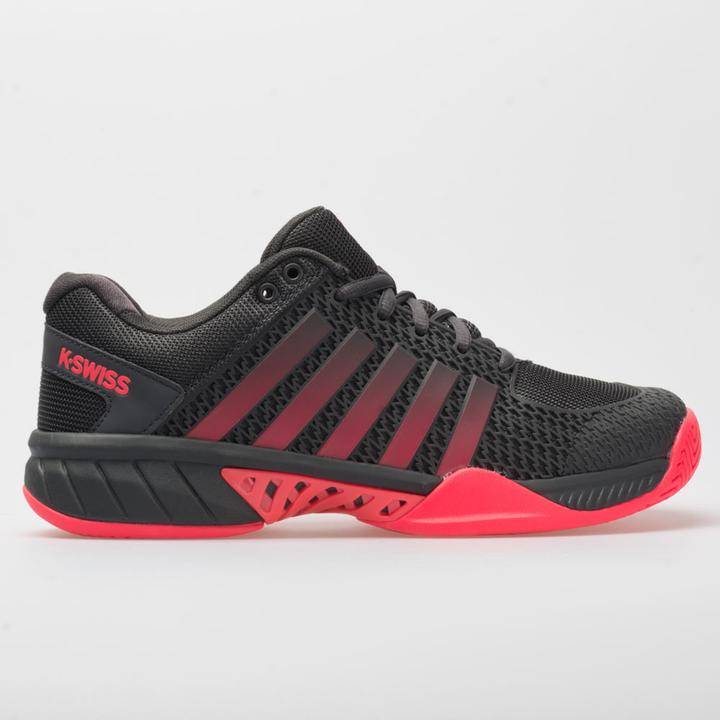 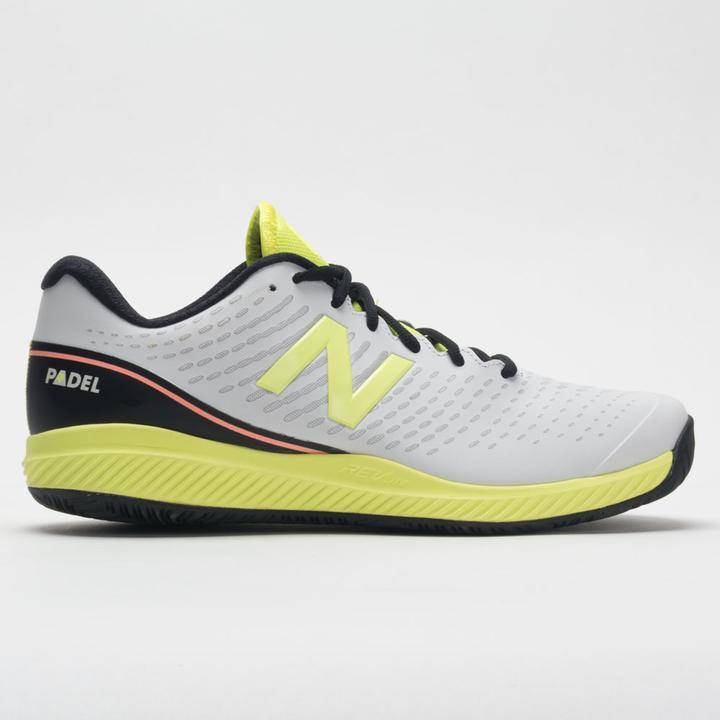 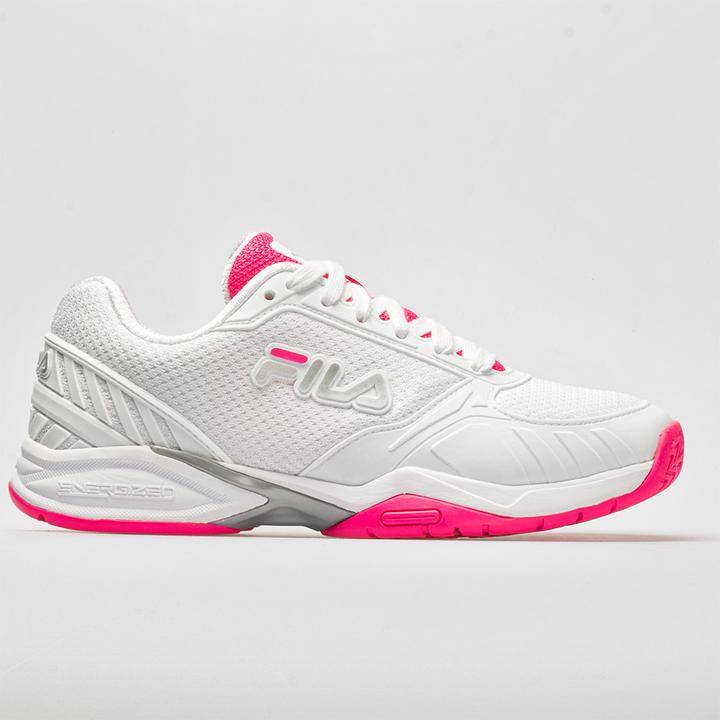 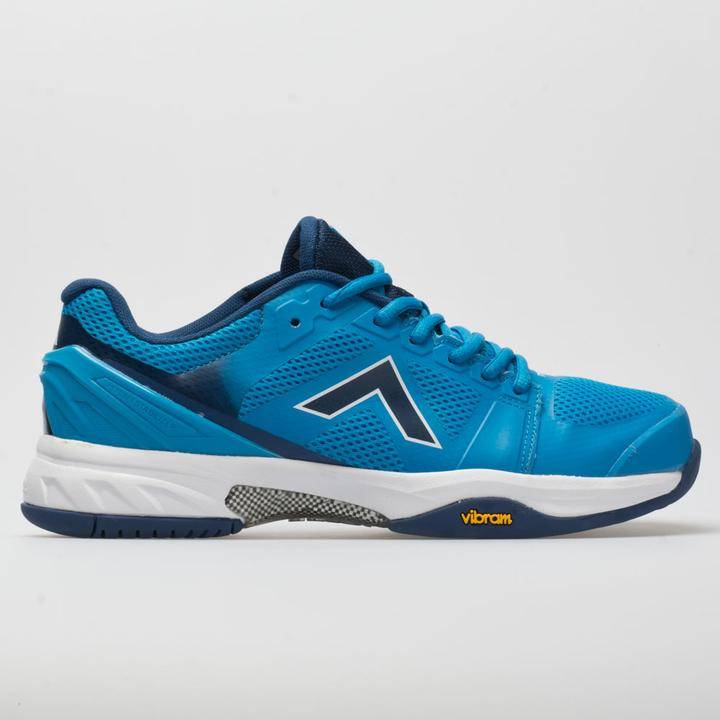 Running and walking shoes are built for forward motion, and playing pickleball in these types of shoes could prove risky for your ankles. Pickleball shoes are built for a lot of side-to-side motion, much like tennis. So it’s safe to play pickleball in tennis shoes that are also designed for such movements. You can also play with indoor shoes made for squash and racquetball if you are strictly playing indoors, but wearing them on an outdoor court will destroy the outsole very quickly. Tennis shoes can be safely worn on both indoor and outdoor courts. 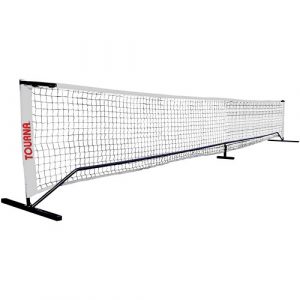 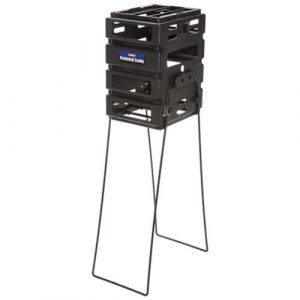 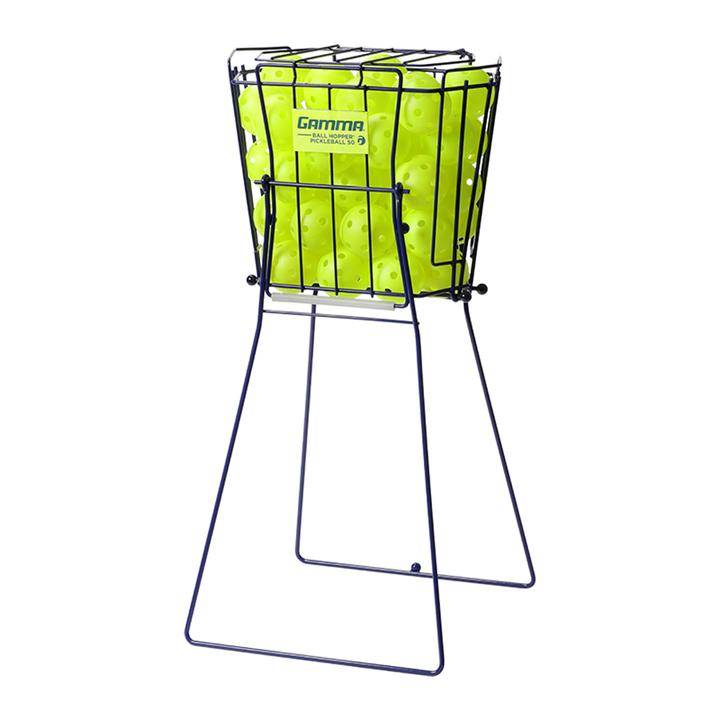 If you're looking to set up a personal court or start a league of your own, you'll need to invest in some larger court equipment. In addition to a net that is 20 feet wide by 3 feet high, you may also want to look into a ballport for keeping track of your balls or a ball machine for perfecting your game.

In addition to being a fun and relaxing game for all ages and skill levels, one of the great things about pickleball that makes it so popular is how easy it is to quickly pick up on the rules. Here is a summary of how the game is played:

While doubles is the most popular way to play, pickleball can also be played as singles. When playing doubles, once it is decided which team will serve first, the first server on Team 1 stands with both feet behind the baseline of their team's right service court and delivers an underhanded serve diagonally to the opposite right service court (the server must call out the entire score before each serve). The serve must clear the net and land inside or on the line of the opposite right service court, otherwise resulting in a fault with one chance for a reserve.

After a clean serve, Team 2 returns it with a groundstroke (hitting the ball after one bounce). Each team must complete one groundstroke before they can volley (hitting the ball while in the air, before it bounces). Volleys can only be made while standing outside of the no-volley zone, or kitchen. Groundstrokes can be made in the kitchen so long as the ball bounces in the kitchen. After the serve, returns that come in contact with the net are considered to be in-play as long as they make it over. 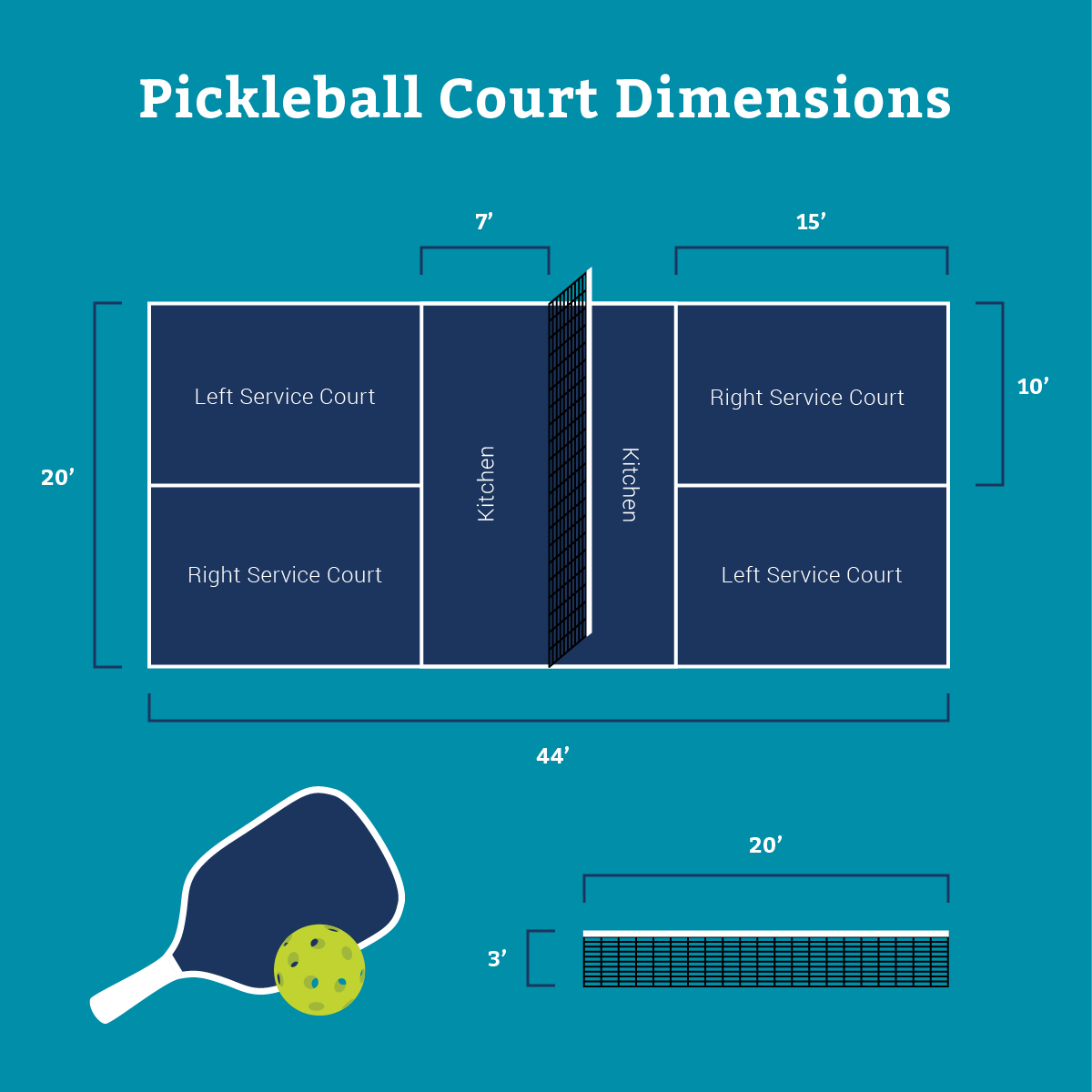 For a more detailed and up-to-date guide to the official rules, check out the International Federation of Pickleball's Official Tournament Rulebook.