Have you ever wondered how tennis players hit balls moving over 100 mph with pinpoint accuracy? How does our brain see a tennis ball flying at us and still have time to react?

Researchers at the University of California Berkeley know that our brain isn't as fast as a speeding bullet or a power serve. They recently discovered (and published their findings in Neuron) that our brains push the incoming object further into time and space. Our brain automatically predicts where the moving object will be, giving us a more accurate measurement. 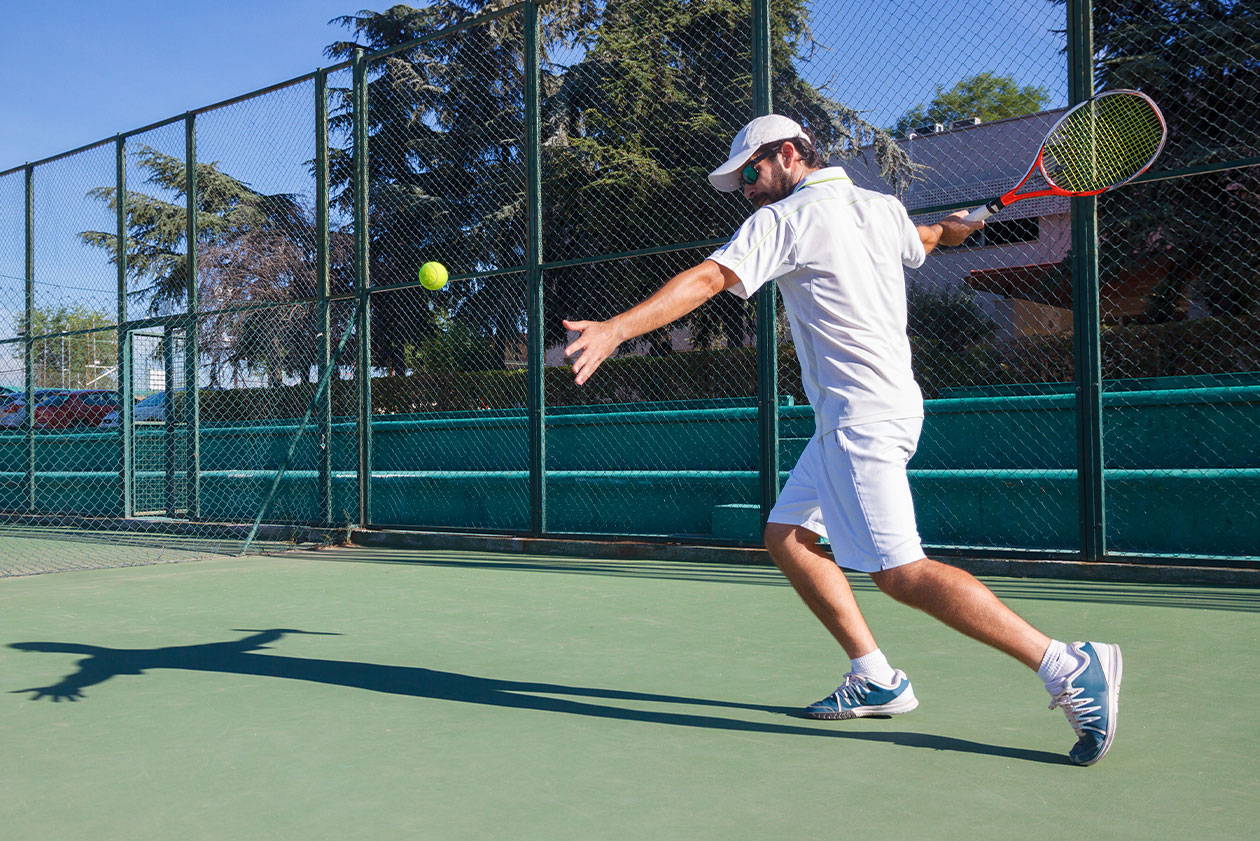 So how exactly does this work? What happens from the moment the ball leaves the racquet? First, your eye finds the ball, then it determine its speed. Next, your brain tells your arms and legs what to do. It can take an entire 1/10 of a second for the brain to process what the eye is seeing; yet, the tennis ball doesn't stop moving during that time, so while the eye is seeing and the brain is thinking... the ball has moved about 10 ft closer.

To make up for this lapse in time, your brain (in the visual cortex V5 area) projects where it thinks the ball should be, rather than where it was when the eyes last saw it.

Tennis balls are fast (on average faster than every other ball, except golf balls) and tennis serves have been clocked as fast as 163 mph. Without our brains predictive ability, we wouldn't have professional tennis (or we would have a much more boring version of it). Yet, this "skill" also comes in handy when crossing the street and judging how far away and how fast cars are moving. This also explains why adding a backspin can throw off the person at the other end. Your opponents brain is predicting a path, one that you aren't following.