Having launched on February 1st, 2017, the Mizuno Wave Horizon is only a few weeks old at this point, but it's already making strides in the running community.

Similar to the Mizuno Wave Inspire, the Wave Horizon offers maximum cushion and stability, more than its Inspire sister.

RunningShoesGuru's shoe reviewer, Kristin Lassen, said: "Overall I appreciate the secure fit and stable ride offered by Wave-Horizon and am considering wearing it for my next marathon... Mizuno succeeded in creating a shoe with a bit more support than Wave-Inspire but without adding much weight or bulk."

In addition to keeping it cushioned, but not making it too bulky, the Fan wave technology offers dynamic support for overpronators and it features a brand new Wave geometry called cloudwave®.

Previously, Wave was set up solely to disperse the shock at impact, but it wasn't soft.

"With cloudwave, we’ve changed that. It’s a new Wave technology that consists of a concave shape in the heel that flexes and creates a softer landing for the runner. Shifting away from a full-length wave plate as seen in our previous max cushioning models, we replaced the forefoot section with a newly-engineered version of our U4icX foam to make the shoe more flexible and softer than anything Mizuno has ever offered before. Runners still receive the stability they need, but they can also enjoy the added benefit of a softer ride," says Mizuno VP of Running Footwear and Design, Todd Lewis. 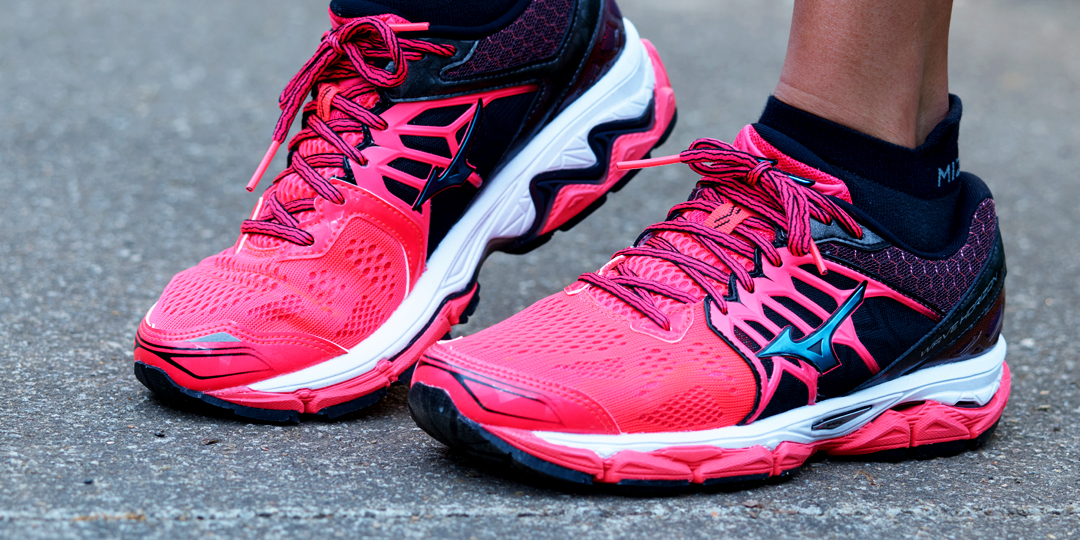 In the Mizuno Wave Horizon, you'll have the redesigned Wave technology for softer cushioning paired with enhanced response from its "fan-shaped" geometry.

Mizuno's DynamotionFit also features a breakthrough in "Triple Zone" engineered mesh for breathability, movement, and hold when it is needed while running.

Check out Mizuno Running rep, Matt, as he talks all about the new Wave Horizons in our YouTube video. Click below for more info.