That’s how Salomon product developer Lauren Beaudoin described the Salomon XA Pro 3D Ultra trail running shoes that have what she described as a “buttery soft” feel and capabilities to take athletes outdoors in durable comfort.

She and Salomon field marketing associate Jamie Heaney visited Holabird Sports to introduce their new line of door-to-trail, mountain-trail, and S-lab running shoes. “I could geek out about shoes all day,” Lauren said.

Relatively small in the U.S. market, Salomon is working to build their presence in the states with a wide selection of products that cover the needs of runners just venturing out to the trails to those who clock higher miles over more versatile terrain. With gender-specific engineering and a patent QuickLace System, the 66-year-old company with roots in the French Alps and headquartered nationally in Ogden, Utah is focused on bringing better performance outdoors.

Lauren described the line as “a lighter, faster alternative to the outdoors.” The way Salomon wants to reach a wider fan base is by raising awareness of trail running and “getting people excited about the outdoors,” she said.

Salomon has a team of international and national athletes that act as brand ambassadors to spread the word about the brand by wearing the products to events and giving the company feedback to enhance their knowledge of what runners need.

The Salomon Sense Mantra is the winner of the Runner’s World magazine Best Debut title in April 2013.

Check out the Holabird Sports selection of Salomon trail and hiking shoes. 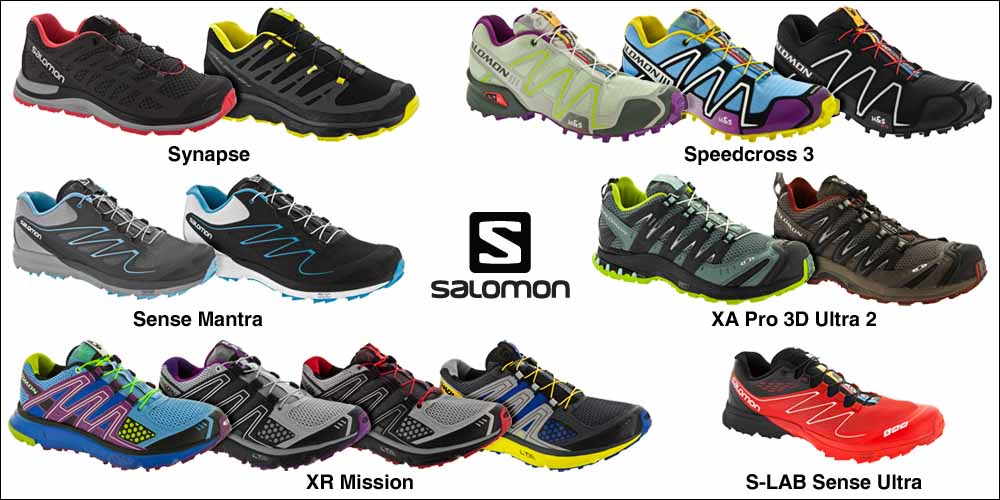