Last week, our favorite Wilson rep Joel Conybear stopped by the Holabird Sports showroom with "some exciting things planned for 2015."

Joel explained to the Holabird team about the new philosophy Wilson is using to help you find the perfect tennis racquet for your unique style of play. Instead of categorizing the racquet families by what they offer you, you’ll now find them in categories based on the way that you play the game. For example, diagrams that come on the attached placards on each racquet will read whether it’s for a baseliner, attacker or an all court player. Joel said that Wilson came up with these grouping based on research done by talking to "thousands of consumers around the country."

This new system means a great reduction in tennis racquets that Wilson is offering. They are going from 40 different models in 2014 to just 24 this year. Sixteen less racquets will make it much easier for you as a player and consumer to find your perfect frame. 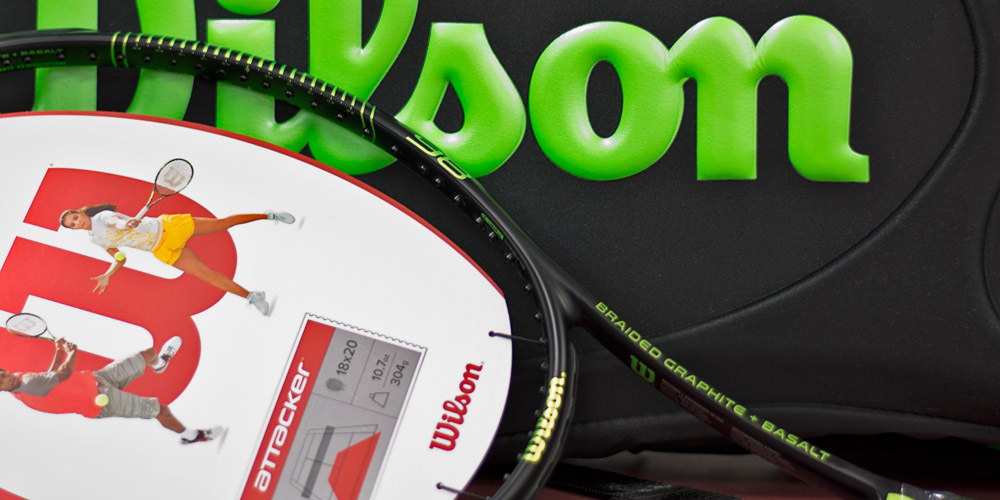 Here's a quick overview of some of the new and exciting updates you'll get from Wilson in 2015:

Now, you can add Wilson to the list of tennis companies offering Sony Smart Sensor-ready racquets, which allow you to analyze your play data including your swing speed, ball speed, spin and impact spot. All you have to do is attach it to the butt cap of any compatible frame and turn it on to get started. At just 7 grams, the sensor barely adds any weight to each frame. It uses Bluetooth technology with an app available for both iPhone and Android users.