Hoka One One is introducing their new neutral running collection in 2018: the Fly Collection.

This collection focuses its attention on making highly cushioned but lightweight running shoes.

Hoka One One's new PROFLY technology! A dual density midsole: softer in the heel for a more cushioned landing, with a higher-density foam in the forefoot for increased propulsion. In Hoka's words: "these shoes are ready to take flight."

The first in the series is...

THE HOKA ONE ONE CAVU: LIGHTEST AND LOWEST 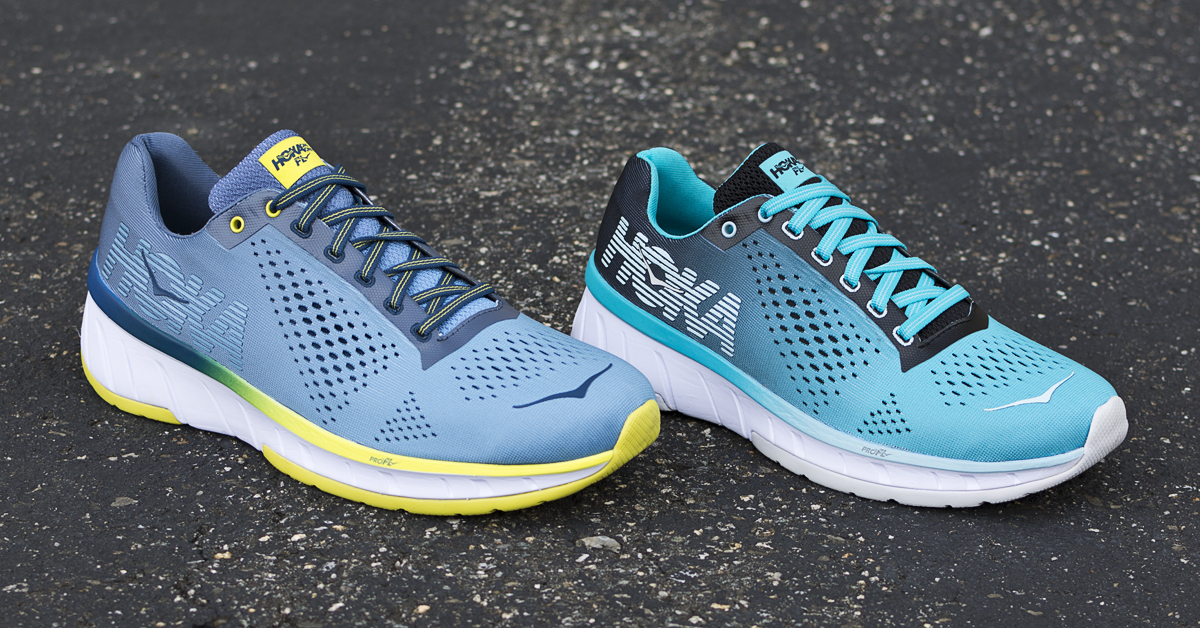 The weight and heel to toe offset of the Cavu, the first neutral running shoe in this collection, is as stated: the lightest and lowest.

Hoka made this shoe with only 6.6 oz for women and 8.2 oz. for men. The heel to toe offset is 4mm instead of its sister/brother shoes, the Elevon and Mach, who come in at a 5mm heel to toe drop.

Cavu's price point will also be the lowest of the series, but we'll have to leave you in waiting until 2018.

If you're looking for a low price point, lightweight shoe and responsive cushioning, the Cavu could be your new year new shoe! 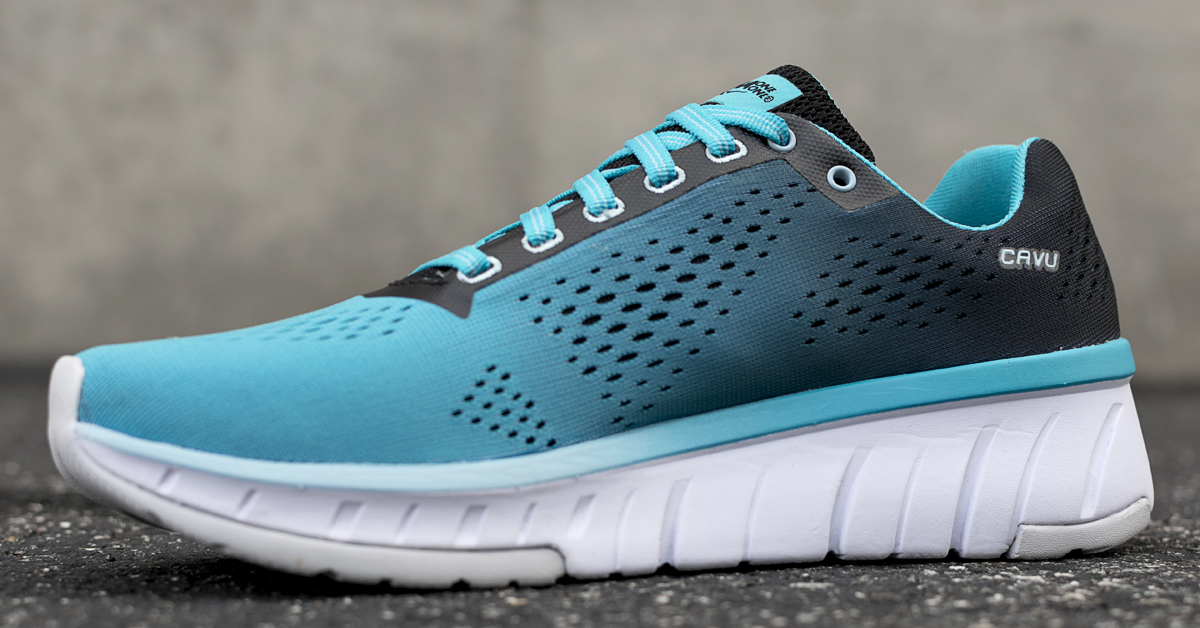 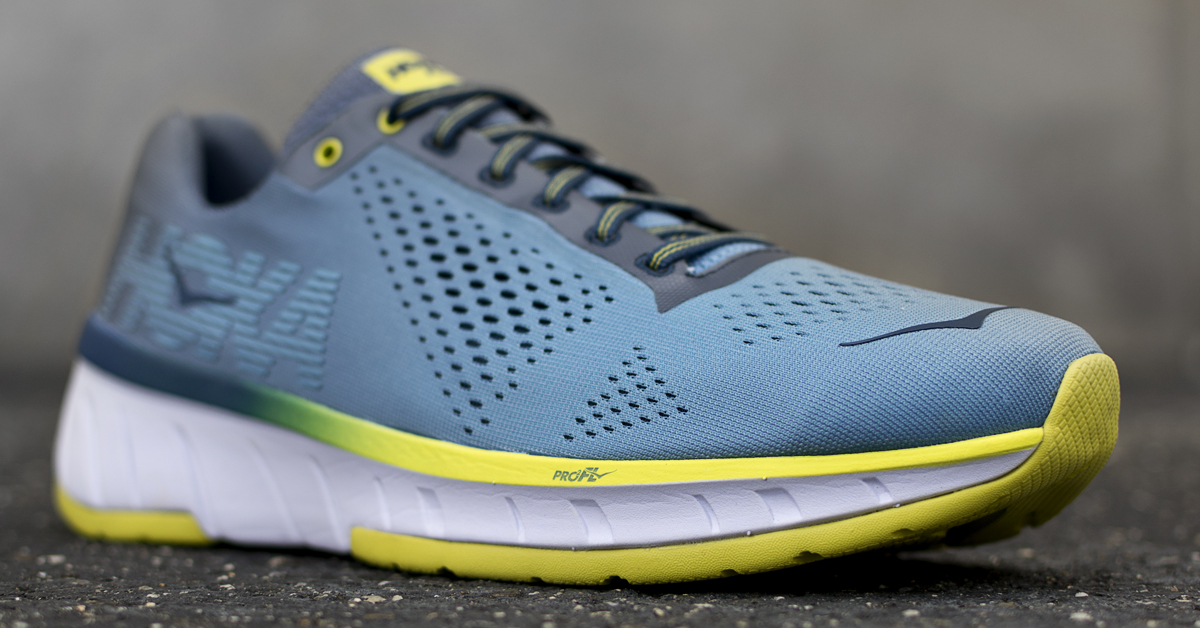 Shop Hoka One One Cavu

THE MIDDLE MACH: HOKA ONE ONE'S MIDDLE OF THE SERIES

The Hoka One One Mach is also incredibly lightweight, but with added technology. At only 6.7 oz. for women and 8.2 oz. again for men, plus a 5mm heel to toe drop, these running shoes are a sport trendy hit. The breathable mesh upper differentiates the Mach from the Cavu in aesthetics.

And if you're familiar with the brand, the Hoka One One Mach is reminiscent of the Clayton--Editor’s Choice Award Winner of Runner’s World Magazine in 2016. 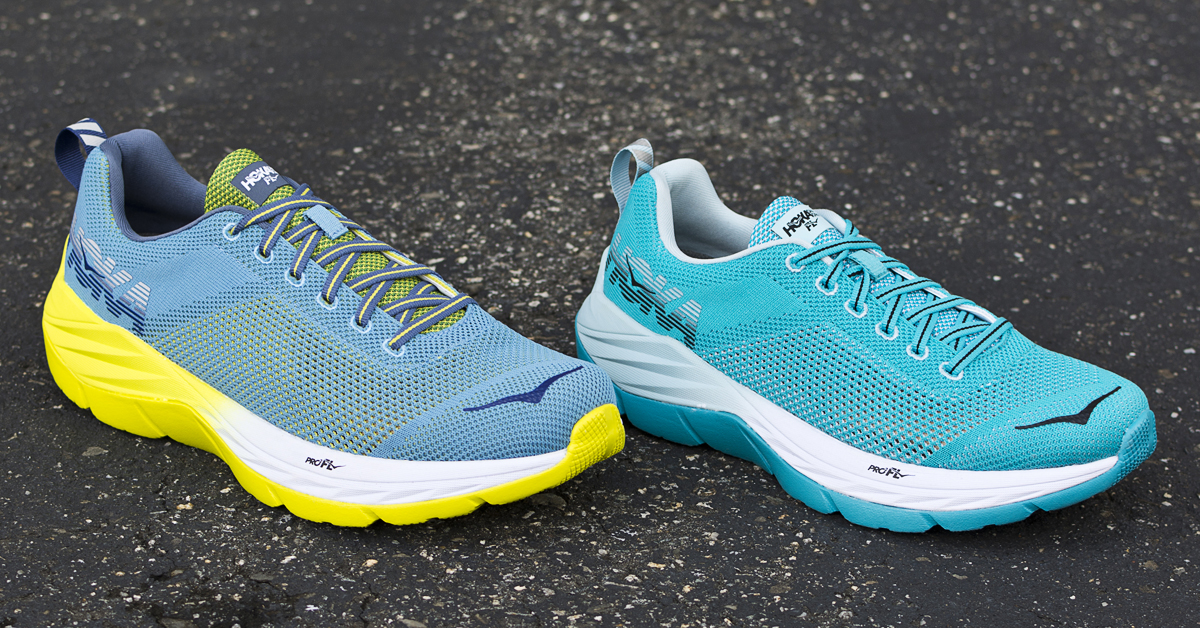 Composed of the PROFLY technology in the midsole and full RMAT outsole, which provides a lightweight, soft ground contact and responsive cushion, plus some stability elements, the Mach is the next step up from its little sibling.

WHAT ARE THE DIFFERENCES FROM THE CAVU?

The Mach is designed with Hoka's early stage Meta-Rocker for a smooth ride and transition. The Meta-Rocker support a runner's natural running gait and gives the runner a smooth roll from impact to toe-off. This technology is designed to increase running efficiency.

Not only that, though, the Mach has an oversized active foot frame for maximum tuned stability. An active foot frame is a comfortable option to traditional extra post support--it allows your feet to sit deep inside the midsole for a cup-like fit for your foot, rather than on top of the midsole material. 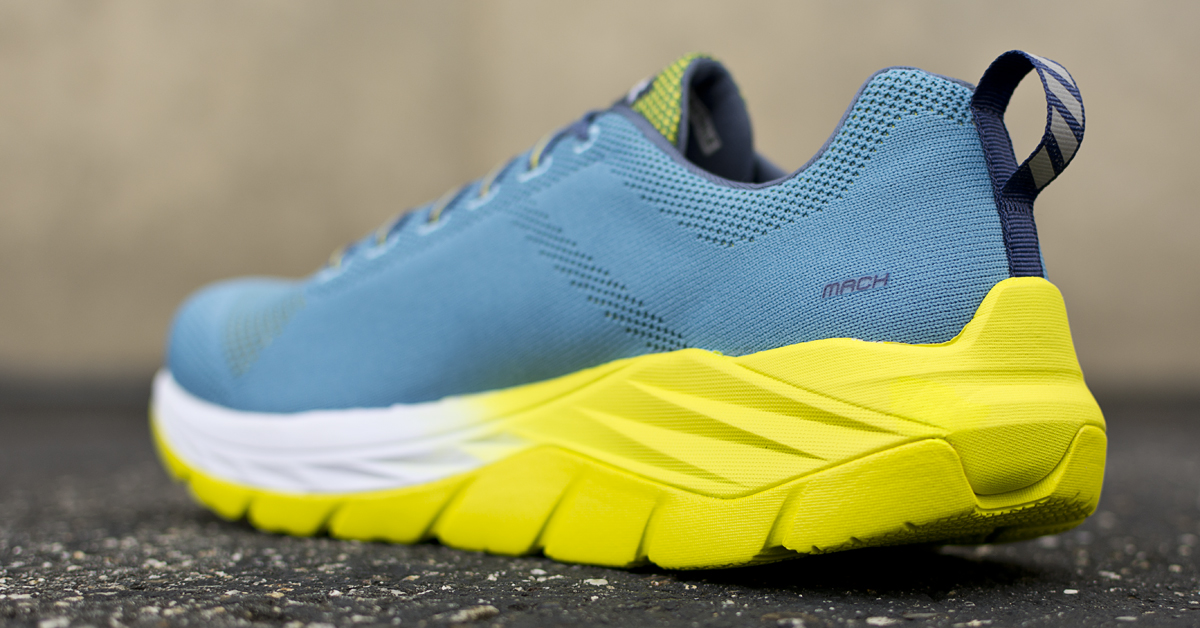 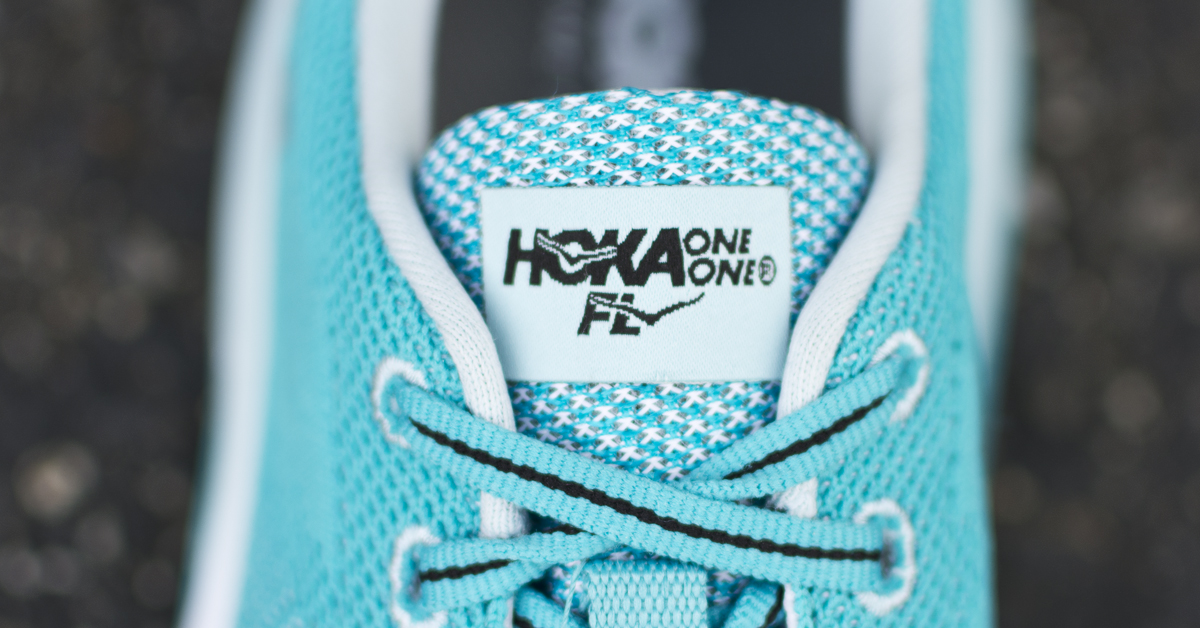 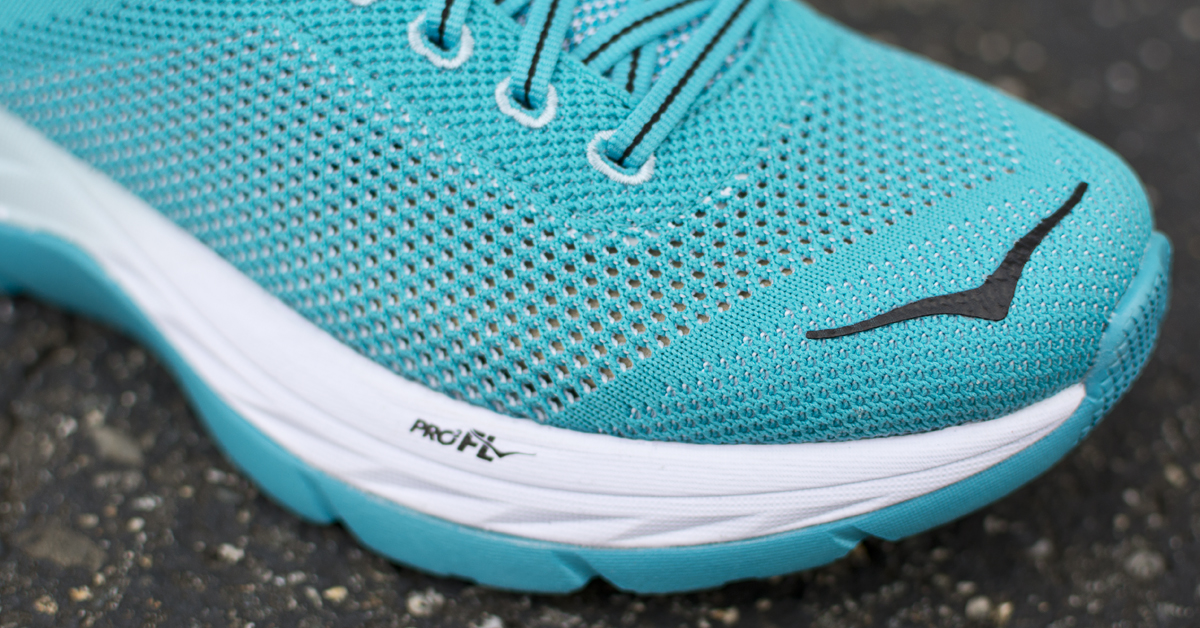 Shop Hoka One One Mach

IT'S NOT A TEN, IT'S AN ELEVON

Hoka One One's third and final running shoe in the collection: the Elevon. 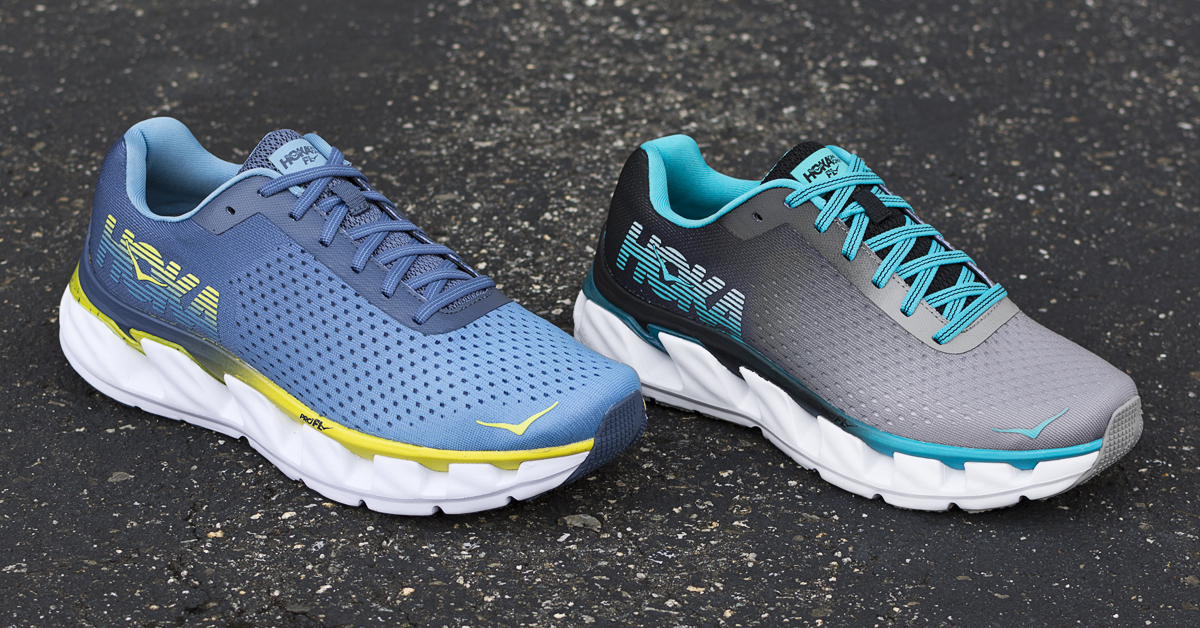 You can already tell by the photos, that the aesthetic of this shoe is the best of the series. It has a combination of a sleek mesh and a seamless upper with a changing gradient. Oooo la la!

The outsole incorporates a smooth and pleasing color change, too and if you look at the image below, you'll see that the heel clip is a wonderfully, colorful and transparent speckled pattern. Not to mention the jagged pumpkin mouth looking midsole is an eye-catcher. 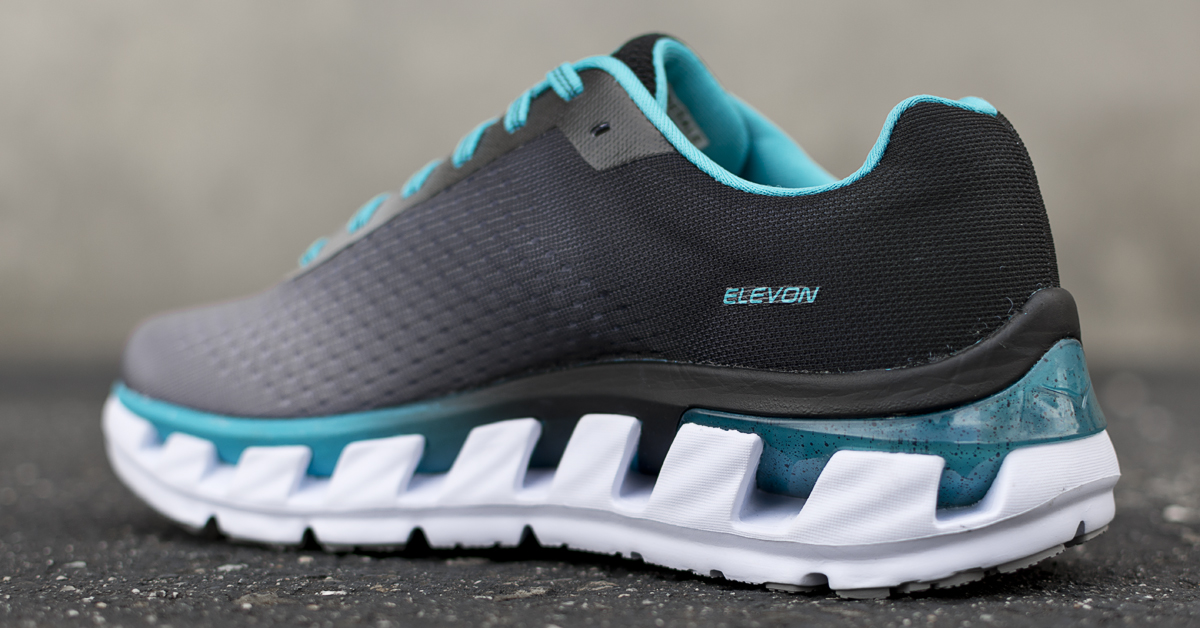 ASIDE FROM LOOKS, WHAT'S THE DIFFERENCE AND WHY IS THIS THE TOP OF THE SERIES?

The Hoka One One Elevon is the highest price point of the series because it houses the most Hoka technology, making it pretty much the prettiest and most innovative of the entire Fly Collection.

The tech, like the Mach's Clayton relationship, derives from its Hoka shoe cousin: the Vanquish 2. If you remember the Vanquish 2, it was a super cushioned and versatile shoe for the runner looking for a springy, responsive ride. With a dual-layer midsole construction built with two EVA compounds, the Vanquish 2 designed to provide customary Hoka One One Ultrasize cushioning.

RunningShoesGuru said that the "best part about [the Vanquish 2] is how cushioned the ride feels. It has a ride that I’ve yet to experience in another shoe."

The Vanquish 2 was also a Competitor Magazine's Editor's Choice Award winner in 2016. Competitor Mag said "This is the shoe for you if … you’re looking for a lightweight max-cushioned shoe for half-marathon and marathon training runs." And their wear-tester Adam Heaney went on to say “this shoe was a blast. It is one of the most responsive shoes I have ever run in. It sets the standard for energy return in a running shoe.” 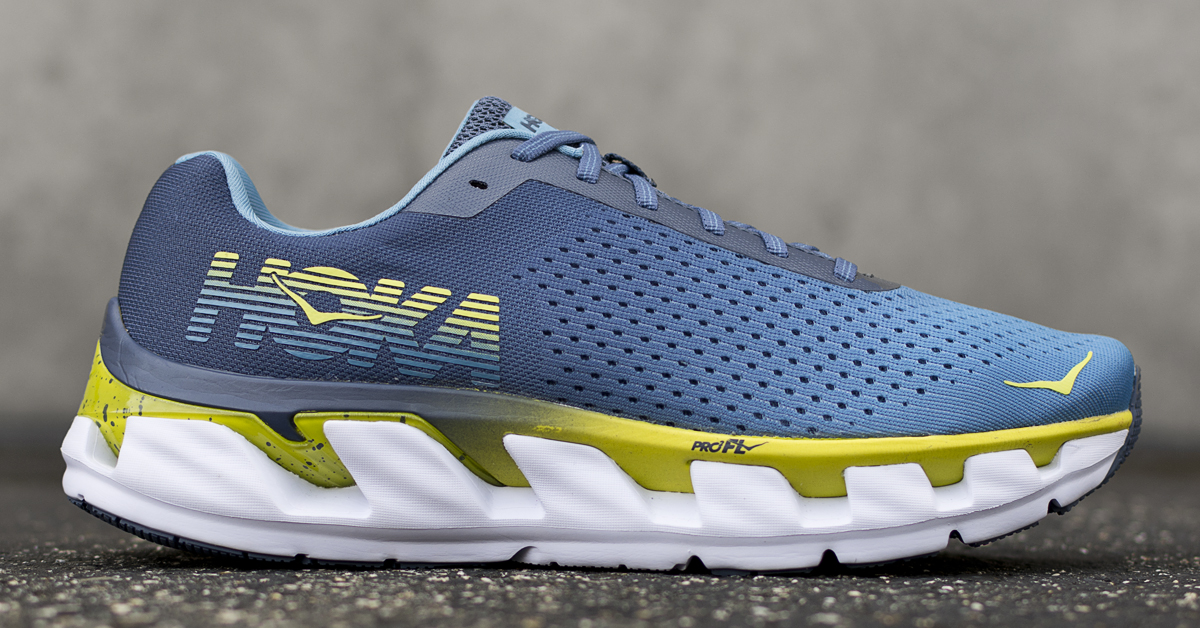 WITH THIS IN MIND... WE ARRIVE AT THE ELEVON.

The successor. The next in line to the Vanquish legacy.

It keeps this dual-layered midsole cushioning, with a combination of a super lightweight midsole and foot-cradling cushion.

Hoka One One adds its suspension construction featuring a top layer of PROFLY and high rebound injection bottom frame designed with PROpulsion, PROtection, and support. Plus, a TPU clip in the heel for support and stability.

On the bottom of the shoe, there's a zonal rubber placement for durability. 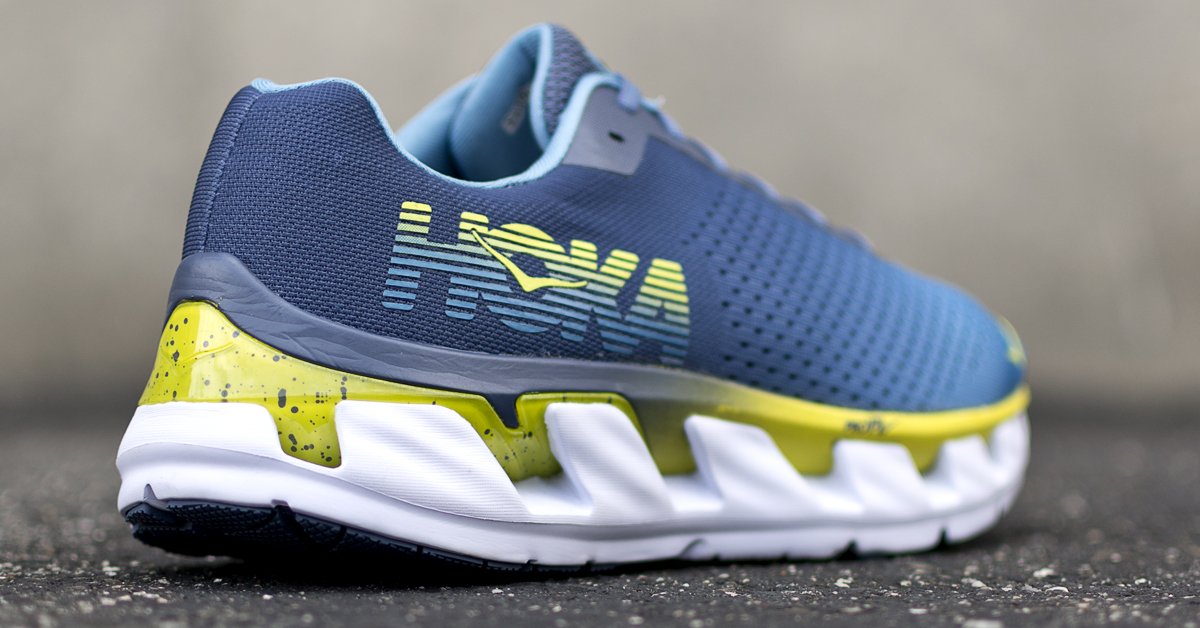 Shop Hoka One One Elevon

IS ONE BETTER THAN THE OTHER?

Technically, yes. If we're talking about running efficiency and added Hoka tech for an improved running experience, but each shoe is designed for a specific consumer in mind. Depending on price point, Hoka has developed the shoes in according to what they could add or take away to still complete a great running shoe.

The Elevon includes all of the above for a smooth transition, durable cushioning and a responsive ride. The Mach is your middleman, with partial Elevon technology, but still with award-winning design making this shoe great for your everyday runner. And the Cavu, if you're new to running or looking for something that you're not destroying with mileage, it's the perfect shoe.

Marathoners and high-mileage runners and those seeking a truly premium and superior ride, go for the Elevon. Honestly, though, you can't go wrong with either option.

Shop the Hoka One One Fly Collection