I stepped out of my car in my On Cloudswift running shoes, grabbed my husband's 20-pound weighted vest that happened to be in my car, and began adjusting it to better fit me for my run. This was a last-minute “brilliant idea” after a friend of mine asked if I'd like to go for a run. It was supposed to be my rest day, but the weather was nice so I thought, "What the heck? Why waste the opportunity to run on such a beautiful day in Baltimore?"

My running partner is a former student of mine who recently joined the CrossFit gym where I coach. Now that our paths have crossed again a few years later, it was a no-brainer to run together like old times. I thought about my running workout and landed on running a few laps around Lake Montebello and then finishing with some hill sprints. I wanted to see if I could tackle a lap or two with a weight vest; it had been a while since I'd done a weighted run and I needed the practice. The lake path is approximately 1.3 miles around a pleasant, man-made lake in a part of Baltimore known as Hamilton. Lake Montebello is nestled near Morgan State University and is part of both the Baltimore Half and Full Marathon courses. This spot holds a special place in my heart because I trained there when I was in high school and again as a college athlete preparing for my half-marathon races.

So, after the vest was as tight as I could make it, I resigned myself to the fact that this run would be a challenge. I've only ever run in my 14-pound vest, but the last time I did, I was about nine pounds heavier, so I figured I would probably break even here. My Cloudswifts felt good and light, which is exactly what I want from a running shoe. My hope was that adding the 20 pounds wouldn't take away from how great these shoes felt. It was a struggle to keep up a good pace under the weight; this was NOT an easy run by any means. My feet moved swiftly (see what I did there?), but the rest of me labored a bit under the extra 20 pounds. I focused on moving steadily and I finished strong… and immediately removed the vest. My running partner showed up just then and was ready to get started. I gave them my vest and hopped in for another lap.

The Cloudswift felt equally springy with and without the vest, but without the vest I could really enjoy it! My buddy struggled a little less than I did with the vest, so we pushed each other through the 1.3-mile loop together, keeping light conversation the whole way. We ended faster than my previous lap, and I pushed it for a sprint at the end for an extra challenge.

Next, it was hill sprints, which were tough to say the least. I felt well-connected to the ground and energized as we raced up the hill. We decided that five sprints were a solid way to end the day, and at the end I was glad to be done. We put in good work on a day when I usually take it easy. I felt accomplished standing at the top of the hill looking down at the runners and walkers making their laps around the lake. Good memories came back to me as the gentle breeze cooled us off. My buddy and I high-fived and fist-bumped before we parted ways.

I can see why the Cloudswift is marketed as a performance shoe for urban environments because its Helion superfoam is showcased well while running on asphalt or concrete surfaces. I felt energized and light on my run. The upper never bunched or rubbed my feet the wrong way, and the shoe itself felt more stable underfoot, giving me a truly connected and confident feeling on the run. 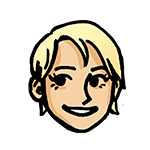 Activities: running and CrossFit for 10+ years